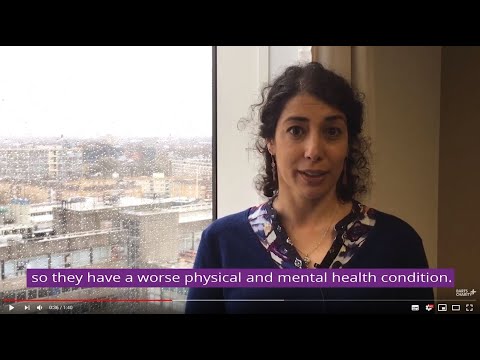 Having to undergo kidney dialysis for several hours, three times a week, inevitably impacts on the well-being of patients with chronic kidney disease. Many suffer from clinical depression.

Only a small percentage of people who have depression are able to get relief from it with medication. Depression not only makes people’s lives miserable, but it also reduces life expectancy and worsens their symptoms.

Research is showing that depression may also have biological causes. Evidence is mounting that inflammation, which can be a symptom of chronic kidney disease may have a negative impact on the brain. Like a flu-like illness, which can have a devastating but temporary effect on mood and behavior, chronic kidney disease could be having a long-term effect on brain mood circuits.

Learn more about Barts Charity, and other support projects like these at /